14 of the Most Interesting Easter Traditions from Around the World

Kids in the U.S. and Canada grow up expecting a delivery of decorated eggs and candy from the Easter bunny each year, but that tradition may seem odd to some. Brought to this country by German immigrants in the 1700s, the practice is rooted in the belief that rabbits and eggs symbolize fertility and rebirth. While this may be the norm in Canada and America, other cultures have their own unique Easter celebrations. Whether it's drenching one another with water in Poland or reading crime novels in Norway, check out the history behind these popular Easter traditions from around the globe. 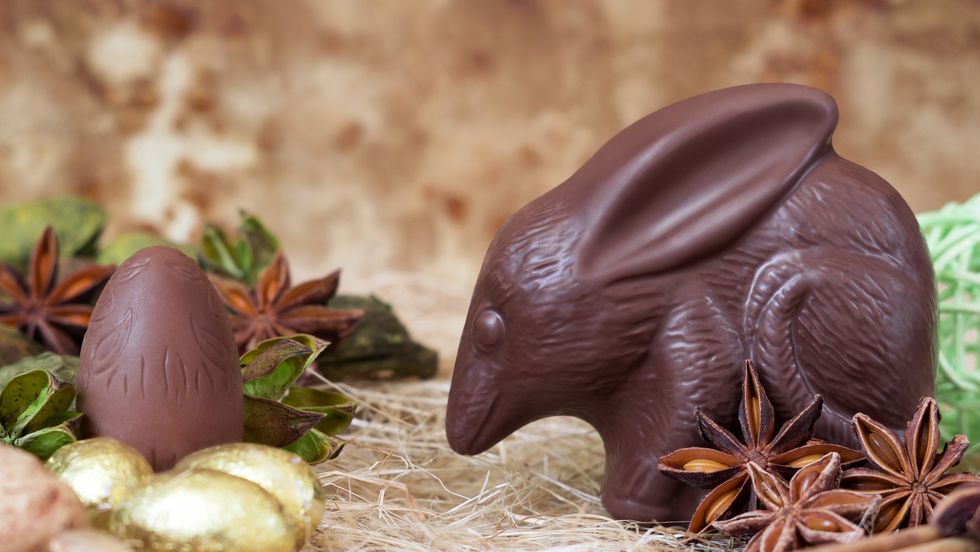 In 1991, Rabbit-Free Australia launched a campaign to replace the Easter bunny with the Easter bilby, or rabbit-eared bandicoot. Why the bunny hate? In Australia, rabbits are widely considered pests for destroying crops and land. Companies now make chocolate bilbies for Easter, with proceeds benefiting the endangered animals. 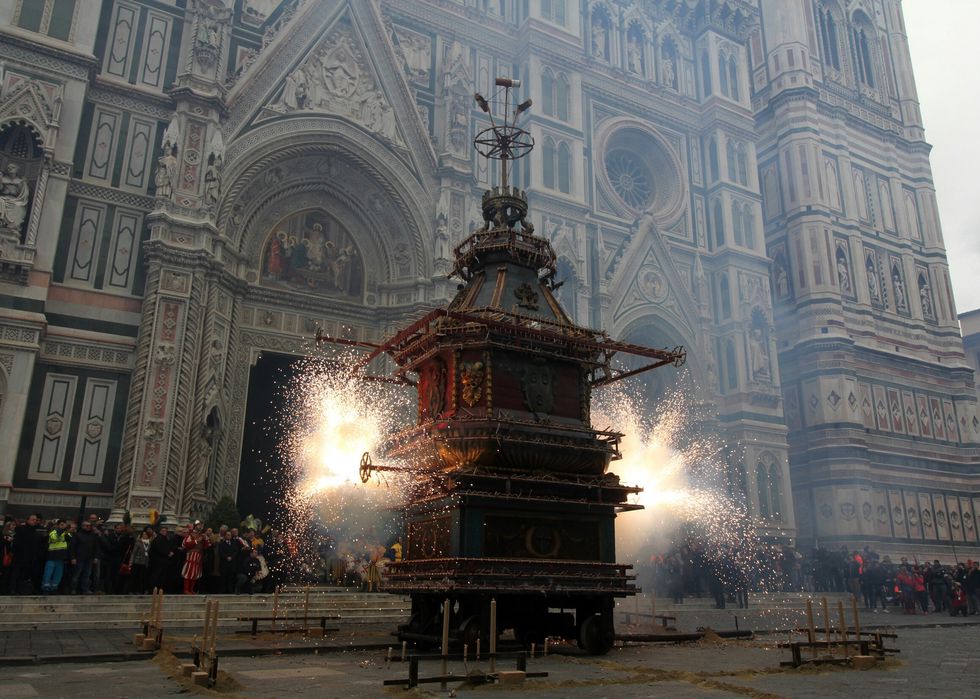 In Florence, locals celebrate a 350-year-old Easter tradition known as Scoppio del Carro, or "explosion of the cart." An ornate cart packed with fireworks is led through the streets of the city by people in colorful 15th century costumes before stopping outside the Duomo; the Archbishop of Florence then lights a fuse during Easter mass that leads outside to the cart and sparks a lively fireworks display. The meaning behind the custom dates back to the First Crusade, and is meant to ensure a good harvest. 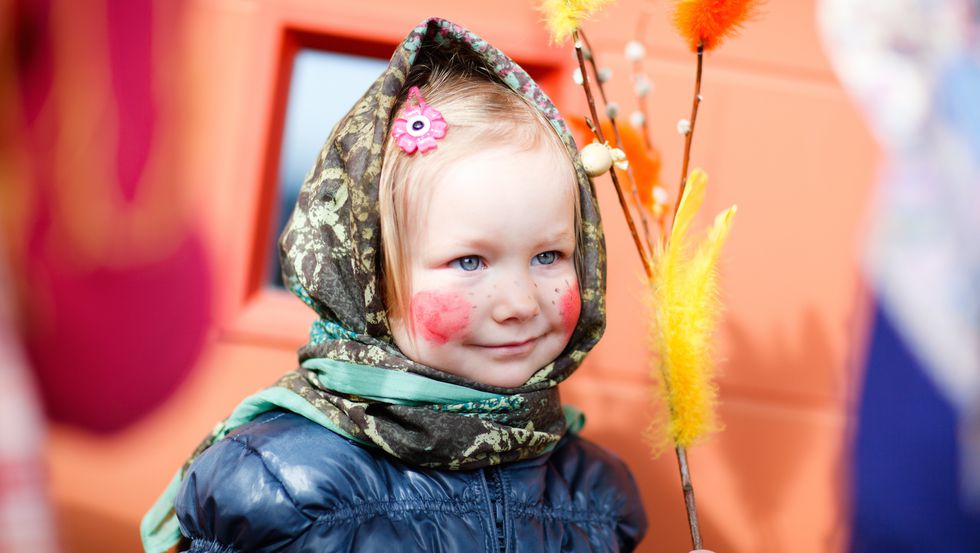 Children in this Scandinavian country dress up like witches and go begging for chocolate eggs in the streets with made-up faces and scarves around their heads, carrying bunches of willow twigs decorated with feathers. In some parts of Western Finland, people burn bonfires on Easter Sunday, a Nordic tradition stemming from the belief that the flames ward off witches who fly around on brooms between Good Friday and Easter Sunday. 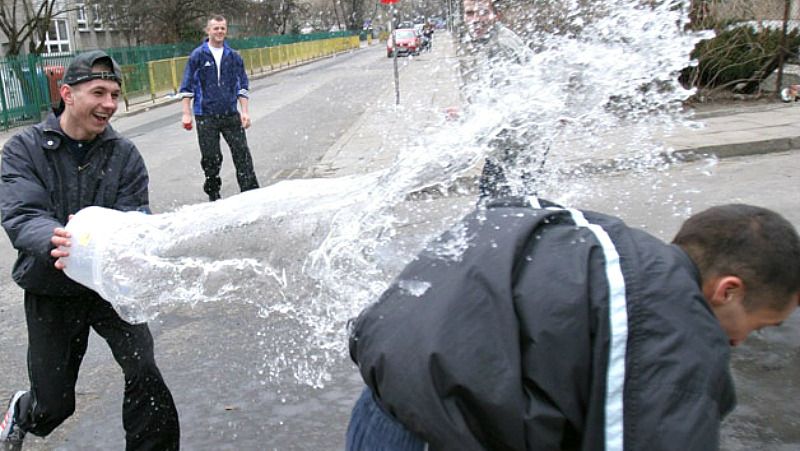 Pouring water on one another is a Polish Easter tradition called Śmigus-dyngus. On Easter Monday, boys try to drench other people with buckets of water, squirt guns or anything they can get their hands on. Legend says girls who get soaked will marry within the year. The refreshing tradition has its origins in the baptism of Polish Prince Mieszko on Easter Monday in 966 AD. 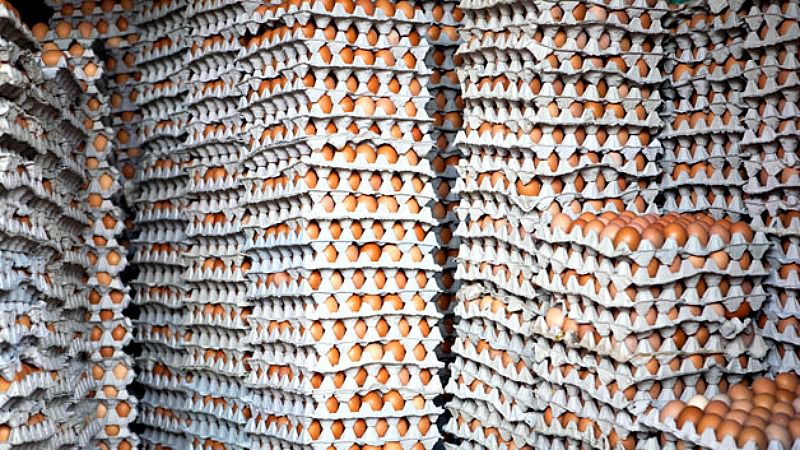 Don't forget a fork if you're in this southern French town on Easter Monday. Each year a giant omelet is served up in the town's main square. And when we say giant, we mean giant: The omelet uses more than 4,500 eggs and feeds up to 1,000 people. The story goes, when Napoleon and his army were traveling through the south of France, they stopped in a small town and ate omelets. Napoleon liked his so much that he ordered the townspeople to gather their eggs and make a giant omelet for his army the next day. 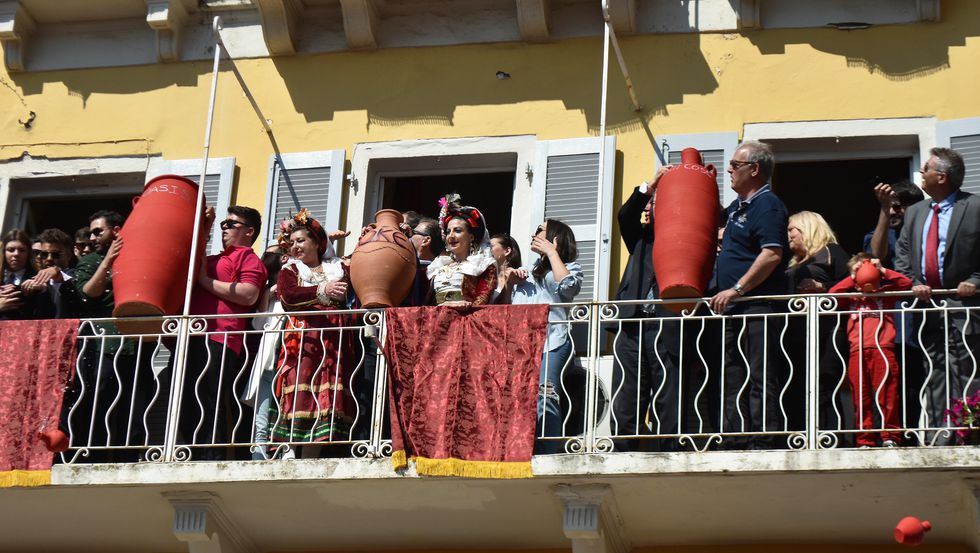 On the morning of Holy Saturday, the traditional "pot throwing" takes place on the Greek island of Corfu: People throw pots, pans and other earthenware out of their windows, smashing them on the street. Some say the custom derives from the Venetians, who on New Year's Day used to throw out all their old items. Others believe the throwing of the pots welcomes spring, symbolizing the new crops that will be gathered in the new pots. 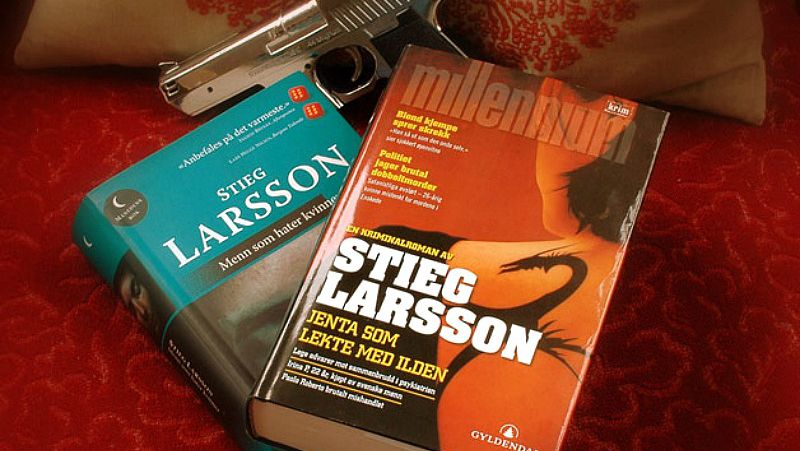 Easter is such a popular time for Norwegians to read crime novels that publishers come out with special "Easter thrillers" known as Paaskekrimmen. The tradition is said to have started in 1923 when a book publisher promoted its new crime novel on the front pages of newspapers. The ads resembled news so much that people didn't know it was a publicity stunt. 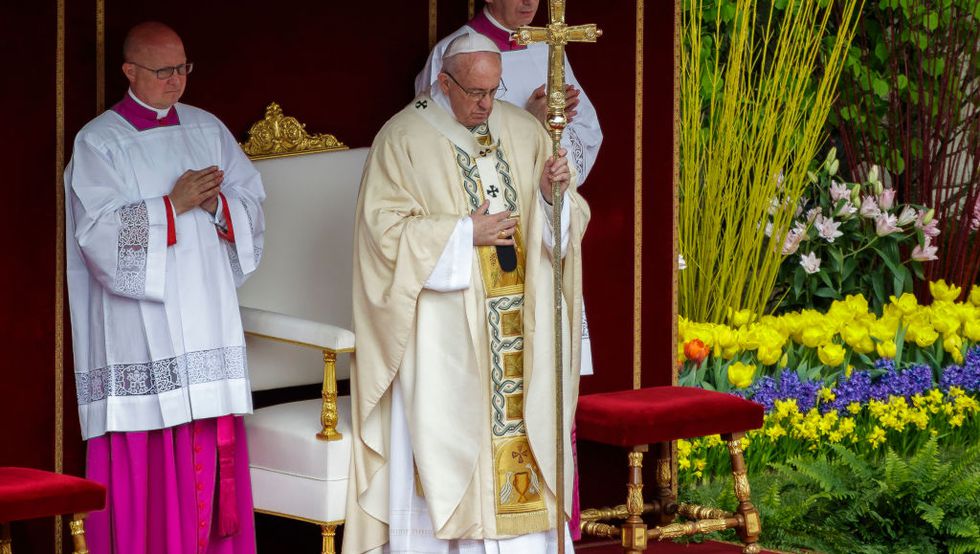 On Good Friday the Pope commemorates the Via Crucis (Way of the Cross) at the Colosseum: A huge cross with burning torches illuminates the sky as the 14 Stations of the Cross are described in several languages. Mass is celebrated on the evening of Holy Saturday, and on Easter Sunday, thousands of visitors congregate in St. Peter's Square to await the Pope's blessing from the church's balcony, known as "Urbi et Orbi" ("To the City and to the World"). 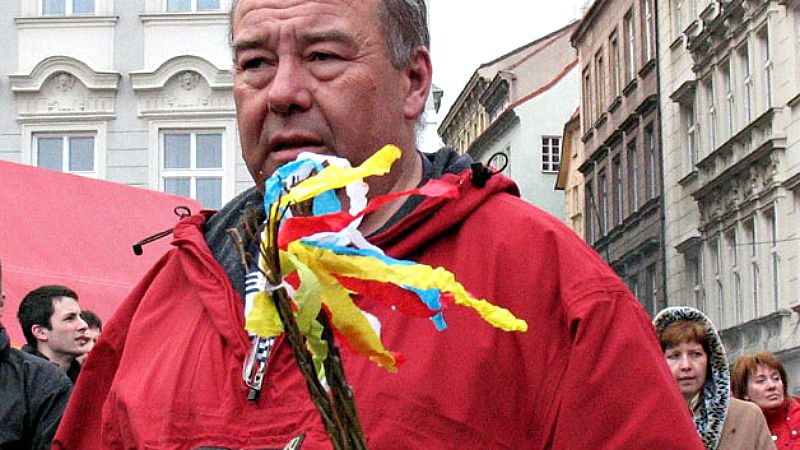 Traveling to these Eastern European countries over Easter? If so, you'd better watch your back. There's an Easter Monday tradition in which men playfully spank women with handmade whips made of willow and decorated with ribbons. According to legend, the willow is the first tree to bloom in the spring, so the branches are supposed to transfer the tree's vitality and fertility to the women. 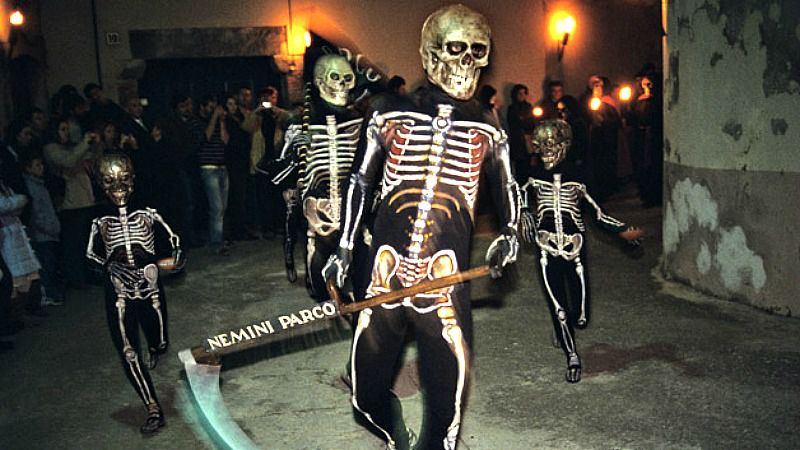 On Holy Thursday in the Medieval town of Verges, Spain, the traditional "dansa de la mort" or "death dance" is performed. To reenact scenes from the Passion, everyone dresses in skeleton costumes and parades through the streets. The procession ends with frightening skeletons carrying boxes of ashes. The macabre dance begins at midnight and continues for three hours into the early morning. 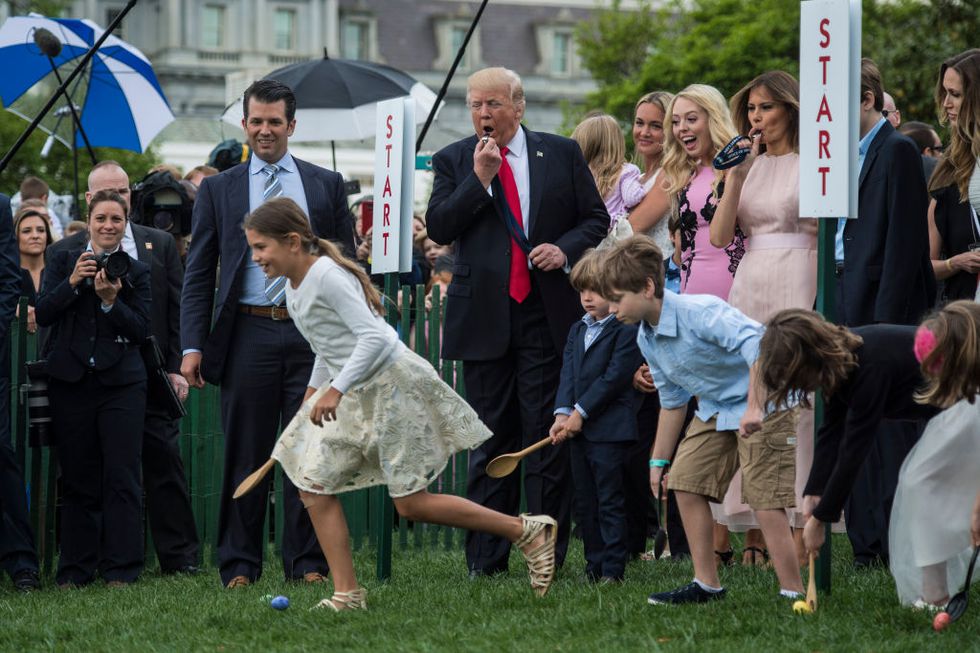 For over 130 years, the White House has hosted the Easter Egg Roll on its South Lawn. The main activity involves rolling a colored hard-boiled egg with a large serving spoon, but now the event boasts many more amusements, like musical groups, an egg hunt, sports and crafts. 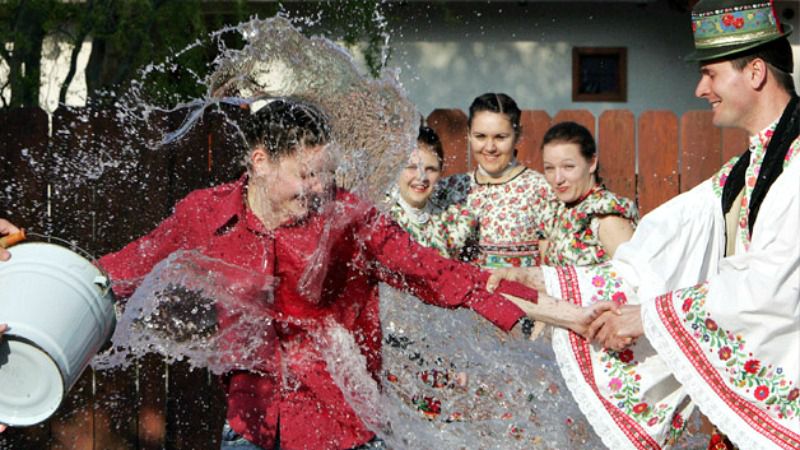 "Sprinkling," a popular Hungarian Easter tradition, is observed on Easter Monday, which is also known as "Ducking Monday." Boys playfully sprinkle perfume or perfumed water on girls. Young men used to pour buckets of water over young women's heads, but now they spray perfume, cologne or just plain water, and ask for a kiss. People used to believe that water had a cleaning, healing and fertility-inducing effect. 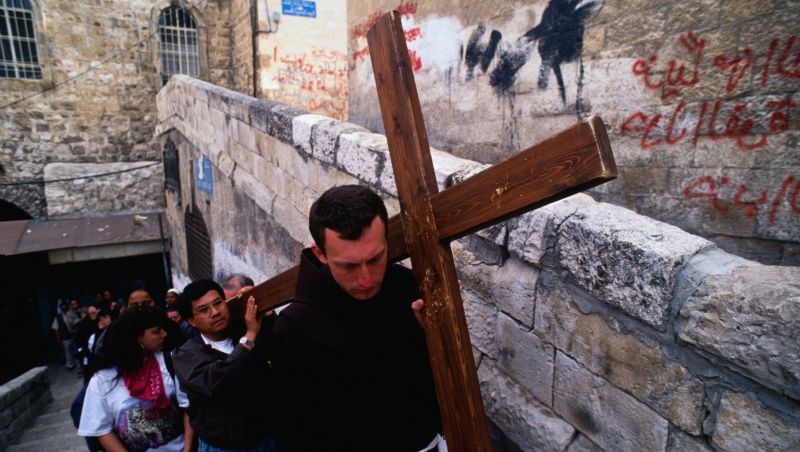 Taking place in the city where it is believed Jesus was crucified, Christians celebrate Good Friday by walking the same path Jesus did on the day he was nailed to the cross. Taking note of his pain that fateful day, some of those who participate carry a cross with them in remembrance. On Easter Sunday, many pilgrims attend a church service at Garden Tomb—the area it is believed Jesus was buried. 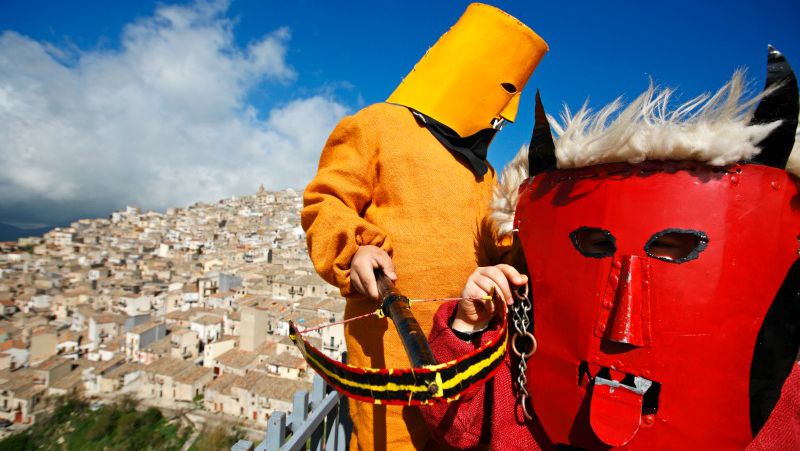 In Prizzi, Sicily, "the Abballu de daivuli is a representation of devils from locals wearing terrifying masks of zinc and dressed in red robes," according to The Telegraph. Those dressed in costume pester as many "souls" as they can (which really means making them pay for drinks) before the afternoon when the Virgin Mary and the risen Christ save the day by sending the devils away with angels.